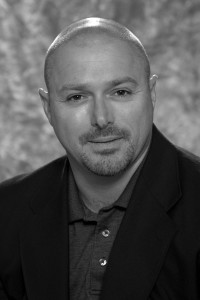 Every year around this time dealers in Florida start getting inundated with marketing Campaigns offering dealer bonds. It’s license renewal time and as we all know, providing the state with a $25,000 surety bond is simply one of those necessary evils.

It’s surprising to me how many dealers I talk to don’t understand what the bond does and why the state requires it. Let me try to answer some of the most common questions.

What is a Motor Vehicle Dealer Bond?

The general definition of the bond is a financial guarantee that a licensed dealer will comply with the terms of any written contract in connection with the sale of a vehicle and that the dealer will not violate any of the Florida laws governing dealers.

The key term in that definition is financial guarantee. Since dealer bonds are typically written by insurance companies, they are often mistaken as insurance products. This couldn’t be farther from the truth. An insurance company that issues the bond is simply telling the state of Florida that this dealer is financially able to “make good” on any violations up to the $25,000 limit, and that in the case the dealer becomes financially unable to settle the issue, the insurance company will pay.

Types of claims that we see coming in under the bonds are:

How does an insurance company determine what to charge?

Bond pricing in Florida is really all over the board. Dealers with good credit and experience pay as little as $250 (in some cases even less) and new dealers, or dealers with poor credit can pay as much as $5,000. In some situations the dealer may be required to put up collateral or bring in a co- signer. I’ve seen extreme cases where the dealer just can’t be bonded at any price.

This subject is one of the hottest topics in the industry. There are many schools of thought as to what the limit should be. Over the years an increase in the limit has been discussed but to date, any increase has been tabled.

The general argument for an increase is that car prices have steadily increased and the bond has stayed the same. Shouldn’t the bond be raised to keep up? Maybe $50,000 or $100,000? While this is a common sense approach, there are some issues that get in the way.

Once a bond claim is submitted, the dealership becomes “un-bondable” until the claim is settled and the insurance carrier is reimbursed by the dealer. When a legitimate dealer has a claim he will do everything in his power to settle it so his bond isn’t cancelled… no bond, no license.

In my experience, the real bond claims come from the dealer that has basically given up. His operating funds are depleted, he has started “borrowing from Peter to pay Paul” and the downward spiral begins. By the time the bond claims start to surface, it isn’t just one claim it’s numerous claims. The $25,000 isn’t even close to handling the problems. It’s not unheard of for these situations to get into the high six figure range.

Unfortunately, these situations, as infrequent as they may be, are very visible. Back in 2000, a state legislator was trying to file legislation to raise the bond to $250,000. Several constituents in his district were harmed by a dealer that went out of business and the Representative made a good argument for an increase.

I was honored to be asked to sit on an Emergency Task Force along with now FIADA president Dino Mercurio and other representatives of the industry. This was a joint task force put together by the DMV and our very own FIADA. We were tasked with researching how the increase would affect the independent dealer industry as a whole. It was determined at that time that such an increase would put at least half the dealers in the state out of business because they just couldn’t qualify for such a large bond. The remaining dealers would see their bond premium increase substantially and getting approved would require a tedious underwriting process requiring financial statements and other documentation.

Think back to my comments earlier. They underwrite these things like they are unsecured lines of credit. How many of us could qualify for a $250,000 line like that?

We were able to stave off the increase that year by providing the legislator the information on how it would devastate our industry and we came up with a possible “trust fund option” in lieu of the increase. Another solution that was thrown out at that time was to change the bond form to cover retail transactions only and remove the ability to claim “dealer to dealer” transactions. Needless to say this option wasn’t well received by the auctions or franchise dealers. Fortunately, thanks in large part to the FIADA, the legislator dropped the issue for that year.

In closing, a bond truly is a necessary evil. While its limit is inadequate to properly protect the customers, we’ve shown that in Florida, an increase to an adequate limit may be impractical and dropping the requirement altogether would take away the little bit of protection out there. I wouldn’t be surprised to see an increased limit discussed of $50,000 and I may actually support it. But for proponents of this just remember, twice the limit twice the price along with a more difficult underwriting process. As always, we need to be careful what we wish for.