Dealers Insurance > Media Center > Bonds > Is There a Bond Storm on the Horizon?

Is There a Bond Storm on the Horizon? 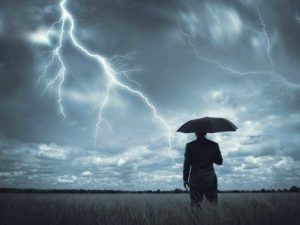 While conditions  are currently calm, the Dealer Bond forecast in Florida has the potential to worsen quickly.  Be prepared by understanding the factors.

I’ve written a couple articles over the years about the Motor Vehicle Dealer Surety Bond—”what it does and why you need it” sort of stuff. This one is a little different.

By now, the word is out that the largest writer of Independent Automobile Dealer Surety Bonds in the state has decided to exit the market. I thought it may be a good time to explain why this may have happened and discuss how we can possibly keep it from happening again in the future.

Fortunately, that carrier’s decision hasn’t made as big an impact as I had originally thought it might. At the time I write this, it appears that there are still enough other carriers in the marketplace to “pick up the pieces.” However, there is no guarantee that a crisis is not looming around the corner.

Supply and demand is a funny thing. Bonds are much more of a commodity than insurance. All 12,000 bonds issued in Florida all look, feel and smell the same. Price is primarily decided by supply and demand. Like I said…a commodity.

Since there are still a large number of bond carriers in Florida, demand is not an issue hence pricing hasn’t really changed much. But what could happen if other carriers decide to throw in the towel?

THE BOND A bond is simply a financial guaranty. It states that the dealer:

320, Florida Statutes, in the conduct of the business for which he is licensed”

It goes on to say that in the event “any person in a retail or wholesale transaction who shall suffer any loss as a result of any violation of the conditions hereinabove contained,” the surety company will make that individual whole, up to the $25,000 penal sum on the bond.

The Florida Supreme Court stated the legislative intent when enacting the statute was to “provide a very modest fund of $25,000 from which consumers could recover damages when car dealers went out of business and defaulted in their obligations.”

PERSONAL INDEMNIFICATION It’s important to point out that the bond is not insurance and doesn’t “cover” the dealer. The intent is to cover the dealer’s customers. It simply guarantees to the state of Florida that a dealer can provide up to $25,000 in damages to any parties they harmed.

If the dealer refuses, or is unable to settle the dispute and the bond is forced to pay, the dealer principal will be held personally liable for the amount of the claim.

WHAT’S GONE WRONG The big issue at hand is that the statute simply does not specifically address attorney’s fees.

Though plaintiff ’s attorneys had claimed they were entitled to attorney’s fees since at least 2000, a case in 2010, Snow v. Rathman, made it clear that sureties are liable for fees under section 627.428. Chapter 627 is a Chapter relating to Insurance, NOT Dealer Licensing. In some circumstances attorneys have been successfully going after fees on these bonds not only up to the $25,000 bond limit, but well in excess of that limit. Normally these attorneys fees are in relation to minor claims made by a vehicle purchaser.

The Snow v Rathman ruling in the 5th District Court of Appeals held that attorney’s fees are in fact recoverable against the dealer bond surety company and, until the Florida Supreme Court rules otherwise, this is considered the “law of the land”. Sureties can still argue their liability is capped at the $25,000 penal sum based on the Dealer’s Licensing Statutes. However, there is not yet an appellate case squarely addressing this issue in the context of motor vehicle bonds so this issue is decided by the trial judges on a case by case basis.

WHY SHOULD YOU CARE? Personal indemnification. In the event your dealership gets caught up in one of these cases and the plaintiff and their attorney prevail, the dealership principal is personally liable for not only the amount of the damages, but also for the legal fees. These fees can be thousands of dollars and in many cases have been in excess of $100,000.

Imagine being out of business and having a six figure personal judgement against you. You should definitely care.

POSSIBLE SIGNS OF SANITY? A case was filed in 2011 that was the “poster child” for this abuse. Hakes v Orlando Auto Specialists was a suit alleging a $13,000 claim of damages. The plaintiff attorney sought an award of almost $190,000 in attorneys fees!

Fortunately, the trial court said enough is enough and rejected the request stating “Sureties are not cash cows to be milked by attorneys”.

The plaintiff attorney in the Hakes case appealed the trial court’s decision to the 5th District Court of Appeals. The appellate court upheld the trial court’s decision however unfortunately did so Per Curiam Affirmed. This generally means that the appellate court affirmed the lower court’s decision but the issues involved in the appeal were not deemed significant enough to warrant writing a full opinion. While this was definitely a win for the motor vehicle dealers, it doesn’t provide enough teeth to eliminate the problem in the future.

CONCLUSION Since there are a number of conflicting trial court opinions on the subject, the problem will never resolve itself until the statute is rewritten clearly defining what an attorney can charge in these cases.

Now let’s talk about the suggestions out there to raise the bond to a higher limit… on second thought, let’s just fight one battle at a time.

Kevin O’Connor (Dealers Insurance Services) is a FIADA Preferred Insurance Provider. Contact him at (941) 981.5160 or online at www.dealersinsurance.com.