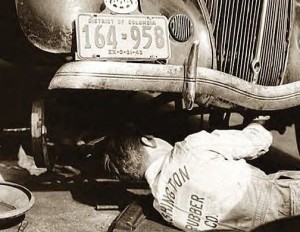 I just spent the last 2 weeks helping a dealer dispute a workers compensation audit. Like any other audit, it was just not fun. It appears that the work comp industry is cracking down on the Independent Contractor (IC)issue more so than in the past, and I thought it was perfect timing to discuss the issue in this publication.

From the dawn of time, or at least as long as I’ve been in this business, dealers have liked to classify certain workers as Independent Contractors. They do this for several reasons such as avoiding to pay the employer’s share of social security and medicare taxes; having to pay overtime; having to provide employee benefits such as health insurance, vacation, holiday, and sick pay; having to contribute to unemployment compensation tax and of course not wanting to provide workers’ compensation insurance.

Current Florida Statutes have a clear definition of who can be classified as an IC under the work comp law, but like most statutes, these requirements can be open to interpretation. Where the ambiguity can get you in trouble regarding worker’s compensation is that the worker’s compensation insurance company decides how they interpret the statute and you have very little power of disputing that decision.

This can turn into an expensive argument. Take for instance a mechanic that you classify as an IC. Let’s say you paid them $50,000 in the past 12 months and the work comp carrier says he doesn’t meet the definition of a true IC. They will add the dollar amount you paid him to your total payroll and under current rates, bill you an additional $1,815.00 in premium on top of what you already paid.

Let’s say you “draw a line in the sand” and just refuse to pay based on principal. The insurance company will cancel the policy and it will be virtually impossible for you to
purchase it elsewhere. Many will say “I just won’t carry work comp!” While as a business owner, I understand this sentiment, it can be a death sentence for your company.

When a dealer is operating without the required coverage, the state will normally issue a Stop-Work Order, requiring that the business cease all operations until it complies with the law and pays a penalty. The penalty can be huge. It’s typically 2X what the workers compensation premium would have been for the past two year period.

A Stop-Work Order may also be issued if an employer understates or conceals payroll, misrepresents or conceals employee duties or otherwise attempts to avoid paying the proper amount of premium when purchasing a Workers’ Compensation Insurance policy.

In addition to the Stop-Work order, these violations and other actions may result in criminal charges as filed by the Division of Insurance Fraud.

Like I mentioned earlier, I own a company and completely understand the feelings most have about this subject. I have to pay premiums just like you. With that said, the Feds, the states and the worker’s compensation carriers are making this way too risky to take a chance with. These are just the legalities. The risk of being sued by an injured worker is another issue we’ll save for a future article. With a proposed work comp rate increase of approximately 20% this year, I’m afraid this issue may get worse before it gets better.

When I started my business, a grizzled old insurance guy once told me, “always play by the rules… in the long run, it’s always cheaper.” Words to live by.

Garage Liability or Garagekeepers? That Is the Question

The terms "garage liability" and "garagekeepers" is an issue not only for clients, but for most agents and CSRs who also... Read More »