Not All Carriers Are Created Equal 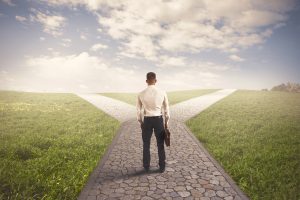 It always amazes me when I ask a dealer who their current insurance company is and the vast majority have no idea. The unfortunate reality is that many dealers in Florida just buy statutory required limits and don’t really care who their insurance is with… at least until they have a  loss.Most of the people taking the time to read this article do care about who provides their coverage. It’s important that you not only know who the company is, but you know what type of company they are.

Unlike regular automobile insurance, the State of Florida doesn’t require automobile dealers to have an Admitted or Licensed insurance company to be in compliance. I think this is a huge mistake but that’s a topic for another day. As a result, 50% of the dealers in the state are insured by Non-Admitted or Surplus Lines carriers. This on it’s own isn’t necessarily a bad thing, but I think it’s important that you understand the differences.

These insurance carriers have filed an application with and been approved by the Florida Department of Financial Services. Being approved, these companies must comply with all of the state’s insurance rules and regulations. In addition to compliance requirements, the state must approve the companies rates and forms. Dealers buying from admitted carriers enjoy several advantages:

Known as the E&S market (Excess and Surplus) these carriers operate in all states but Florida tends to see them more than other  states  due to the unique challenges we face. Hurricanes make buying property coverage very difficult. On the liability side, the litigious nature of the state coupled with a transient population creates problems with lawsuits.

When these factors “scare away” a standard carrier, the E&S carrier is allowed to write the policy and save the day. This happens because an E&S carrier doesn’t have to go through the approval process that an Admitted carrier goes through. They aren’t beholden to the state in regards to filed rates and forms which allows them to be more creative in the way they price the policy and how they provide the coverage.

The following are unique points in the E&S marketplace:

This doesn’t make the E&S marketplace a bad thing. Many of the carriers are highly rated and financially secure companies. You could be insured by a standard carrier that is unrated or has a poor rating by AM Best or be covered by an E&S carrier that has AM Best’s highest rating.

The state law requires that an agent uses due diligence to place your policy in the Admitted market. Often times, the agent you are dealing with doesn’t have access to these markets. Even if they do have access, they may not be successful getting quotes. In these situations, the agent has no choice but to place the coverage in the E&S market.

It doesn’t matter which market you purchase from, it’s always important to know what your policy covers.

When forced to purchase your coverage from and E&S carrier, it becomes even more important to ask questions about the “fine print”. Ask questions like:

This list could easily go on and on. Make sure you are buying from an agent that understands the business. If they are forced to offer you a quote in the E&S market, be sure to quiz them on the points that are important to you. Don’t be afraid to ask to see the limitations the carrier built into the quote and determine if any of those may affect you.

Like anything else, while price is important, buying something that doesn’t fit your needs can be much more costly.